Understanding electrical wire colors ensure the electrician’s, residents’, and appliances’ safety every time the electrical system is under maintenance or repair. Different colors indicate the wire’s purpose in the circuit.

Remember that all wires may carry an electric current at certain times so, they should all be treated with the same caution. It is crucial to understand the wires that may pose the biggest threat, the hot wires.

Hot wires are the ones that carry live electrical current from the electric panel or breaker box to destinations like an outlet or light fixtures. They are also known as line wires. 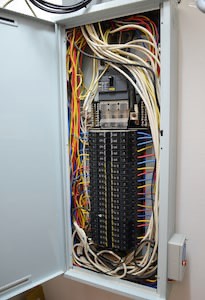 1. Black wires- Hot
Black wires transfer power to outlets and switches in all circuit types and can also be used as switch legs, the linkage between the switch and the electrical load. All black wires are considered live at all times, and extra care should be taken when dealing with them.

2. Red wires- Hot
Red wires are secondary live wires in 220-volt circuits and can also be utilized in various switch legs. Red wires are mostly used to connect the home’s power system, and hardwired smoke detectors such that if one alarm goes off, all of them go off.

Red wires are used in the installation of ceiling fans, where the light switches may be. Electricians can link a red and black wire or two red wires.

Blue wires are mostly used as travelers in three or four-way switches, for example, switches at the bottom and top of a staircase controlling the same light (three-way).

4. White wires with red or black tape- Hot
When white wires are covered with black or red tape, they are hot wires.

5. Green wires- Ground
Green wires are used to ground electrical circuits. The wires are connected to a grounding terminal within an outlet strongbox and run towards the ground bus bar within an electrical panel.

That way, the wires play as a failsafe, which provides electricity somewhere to escape within the ground if any live wire in the circuit comes into contact with metal or any conductive material.

Green wires should only be connected with other green wires, and if a fault occurs in the circuit, they may be live, which demands that they be treated with caution. Green wires should also never be used for any other purposes because that may pose the danger of electrocution.

6. Bare copper wires- Ground
Grounding provides a safe path for electricity to travel back to the ground in case of an electrical fault. As all electrical devices must be grounded, the bare copper wires are connected to all of them, including fixtures, switches, outlets, and metal appliance housings or frames.

Also, electric metal boxes need to be grounded because they are conductive.

7. White or gray wires- Neutral
The word neutral may be deceiving as it appears to be less dangerous or have less electrical current. However, they should be handled with care because they may carry an electric current, mostly when the circuit’s current load is unbalanced.

Neutral wires connect to a conductive metal piece in an electrical panel, which attracts electric current to be distributed around the house. That metal piece is called the neutral bus bar. Gray wires can only be connected with each other.

White and gray wires pose electrocution danger when mishandled because they carry power back to the electric panel. When handling white wires, ensure that they have or had no red or black tape around them as that would mean they were used as hot wires.

Many times, there is confusion between line and load wires. So, what color is the load wire? Load wires are mostly black, but red can also be used as a secondary load wire.

C wires, otherwise called common wires, are other essential wires to understand the electrical wire color code fully. They are commonly found in modern houses or houses that have undergone modern renovation.

The c-wires are responsible for providing continuous 24V power by completing the R wire circuit (source of power) to the HVAC system’s control board. 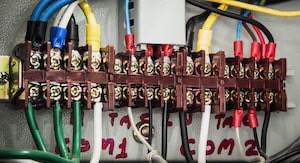 What Color Is The C Wire, and How Is It Identified?

The c wire is mostly blue but, on some occasions, can be black.

Before handling electrical wire repair work, ensure no power is running in them by switching off the main electrical power supply. A multimeter can be used to help troubleshoot and check the home’s electrical wiring.

It can also be used to examine an electric current’s presence and detect how much it is. That is often useful in homes where the electrical system is old and outdated or the uncertainty of hot wires. 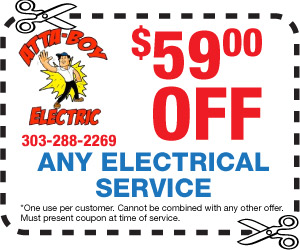 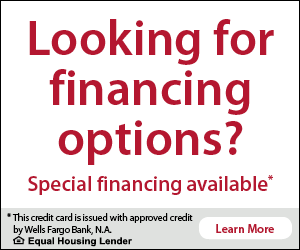